“Hypnotic, powerful, sophisticated”: this is how critics define the voice and style of Andrea Celeste

Andrea Celeste is an Italian singer and songwriter who moves between jazz, pop and songwriting. She has released six albums and she is the most successful artist of the audiophile label Analogy Records.

Andrea Celeste was born on August 31st 1986 in Pontedera, a small town in the Tuscan countryside close to Pisa. Since her childhood she’s always been keen on music – she spent hours playing her sisters’ keyboard and singing on the stairs outside her home, fascinated by the acoustics of that place. She played with notes and, without being fully aware of it, she started composing her first melodies. Music started as a game and soon became passion and commitment.

Celeste was just eleven years old when she started studying piano and classical singing with M°Vittorio Scali. The encounter with this awesome teacher marked her musical life for good: he taught her the foundations of vocal technique and the strategies to ‘find her own voice’. His personal and technical advice has been fundamental for Celeste.

Her talent is undeniable – still a young girl, she started performing in public, and in her teenage years she started collaborating with important gospel artists like the Massimo Bracci’s St. Jacob’s Gospel Choir. Only a 14-year-old girl, Celeste made her debut in the world of gospel music with this choir and had the chance of meeting American singer Cheryl Porter.

Cheryl had been invited to sing with the St. Jacob’s Choir – as luck would have it, one of the choir soloists got ill and Andrea Celeste was picked to replace her. Cheryl Porter had a chance to listen to her singing and was deeply struck by her gorgeous voice. So she invited Celeste to sing at the international workshop Gospel in Castel Brando (2002), where she was awarded a scholarship.

Celeste shared the opening stage with Cheryl Porter, with Italian jazz singer Mario Biondi and with several young artists. Performing at the Castel Brando workshop was a chance to meet top artists like Terron Brooks, Ashley Davis, Huntley Brown, Michael and Regina Winans. She carried on studying and improving her vocal technique and she took part to several in-depth courses.

At the same time she started recording songs in studio for gospel, r’n’b, soul and jazz projects. Celeste started making her way as a session musician, experimenting different genres and shaping her style. In the same period she performed at important festivals like Milano Gospel Festival (2003, 2004 and 2005) and Festival del Cinema di Roma (Rome Film Festival, 2005).

In July 2007 she started recording her first album. Produced by Roberto Vigo at the Zerodieci Studio, “My Reflection” is Celeste’s long-awaited debut, for which she wrote music and lyrics. This album features special guests like Stefano Cabrera and the awesome Dado Moroni, who co-wrote the track “Real”. The result is a unique blend of jazz and acoustic pop, an elegant and soft sound that evokes the rolling hills of Tuscany. Her music creates a cosy and smooth atmosphere that feels like a dream. Her voice is thick, yet as fresh as peppermint. “My Reflection” was praised by critics, who compared Andrea Celeste to Anita Baker, Diana Krall and Eva Cassidy. In June 2009 “My Reflection” was released in Korea by the label Enbluu (WorkSpace).

Her unique style and her distinctive timbre have been a passport to international events like the Trussardi Fashion Show (Turin 2008). Celeste performed in theatres, clubs, jazz festivals and private concerts in Italy and abroad. She shared the stage with such great artists as Dado Moroni, Vittorio De Scalzi, Andrea Pozza, Mauro Grossi, Ares Tavolazzi, Roberto Gatto and Rosario Bonaccorso. In the same period she sang at the Valbadia Jazz Festival and made her debut at the Montecarlo Jazz Festival (Monaco 2008) with the Alessandro Collina Trio, along with some of the most recognizable names of the international jazz scene: Herbie Hancock, Marcus Miller, Raul Midon and many more.

In the spring of 2009 the album “Enter Eyes” was released, featuring a duet with Andrea Pozza, one of the world most acclaimed jazz pianists. Produced by Roberto Vigo, issued by Incipit Records and released by Egea, the album features cover versions of jazz standards and of timeless pop and jazz songs along with Andrea Pozza’s gorgeous compositions: “Dancing Fog” and “I’ll Be There For You”, with lyrics by Andrea Celeste. The sound is simple and charming, piano and voice blend together producing a smooth and dreamy mood.

In November 2010 Andrea Celeste received an important award by Ministero della Gioventù (the Italian Ministry for Youth). Considering her undeniable talent and the results she achieved, the committee of Festival TNT, created by MP Giorgia Meloni, chose Andrea Celeste as most outstanding young musician. Andrea Celeste is among the 200 young people who took part to this festival, as representatives of talented Italians in the fields of sport, visual arts, scientific research, dance and entrepreneurship. During the festival Celeste performed for MTV at the “Spazio Novecento” and sang on the stage of the Palazzo dei Congressi (Congress House) in Rome.

In 2011 she made her debut at Milan’s Blue Note. In the same year she performed at the Dima Jazz Festival in Constantine (Algeria). In January 2012 she supported Italian singer/songwriter Eugenio Bennato in his concert at the Auditorium del Teatro Carlo Felice (Genoa).

In Spring 2012 was released “Born To Be Alive”, the first single off the highly anticipated third studio album “Something Amazing”. An exclusive sneak peek of it was given at Radio Capital, and the track was kept in rotation all summer on some of the major national networks such as Radio Uno Rai, RTL 102.5, Radio Rai Isoradio, Radio Due Rai.

The album clearly shows the young artist’s eclecticism and represents a perfect mix of Pop, Soul and World music, boasting the collaboration of such big names of the international scene as the international vibraphone star Joe Locke, special guest in the track “What’s Wrong”. National press grows interested in Andrea Celeste’s fresh and innovative style and some national news magazines such as Stop and Vera Style deal with her through interviews and reviews, praising her innate musical talent and her unconstrained and prejudiceless artistic personality.

On 24th August 2012, in Zoagli (Genoa), Andrea Celeste was awarded by Patrizia Tenco and the Gianni Tassio Association the “Premio Via Del Campo” prize, for her incredible ability to move through a voice that, in spite of her young age, tunes in to the soul frequencies”. After a long trip to New York and the awarding of the “Premio Via Del Campo” prize, Andrea Celeste thinks over the importance of singing in her mother tongue and decides to rediscover the singer-songwriters from Genoa, as she has been living in Genoa for seven years by now, surrounded by the magic atmosphere of the songwriting tradition. The result is a show that the singer brings on tour throughout Summer 2013 and the “Se Stasera Sono Qui” (If I Am Here Tonight) LP, which contains all the tracks.

Produced by Roberto Vigo and sponsored by “viadelcampo29rosso” Museum, the LP includes the contribution of Zibba (Tenco Award in 2012 and participation to Sanremo Music Festival in 2014) and of the legendary founder of New Trolls Vittorio De Scalzi, who wrote for Andrea Celeste the only unrealesed track from the album entitled “Mentre Cadiamo Giù” (As We’re Falling Down). Standing out for that fresh and intense style typical of all this young artist’s songs, this LP is a wonderful and heart-felt homage to the poetry of Bruno Lauzi, Fabrizio De Andrè, Riccardo Mannerini, Umberto Bindi, Luigi Tenco, Ivano Fossati, Gino Paoli. With this album the artist reveals outstanding skills as performer and musician (she plays the piano in the moving poetry “Sera Sul Mare” – Evening By the Sea) by reinventing well-known songs such as “Che cosa C’è” (What’s the Matter), “Se Stasera Sono Qui” (If I Am Here Tonight), or rediscovering hidden pearls such as “Genova e La Luna” (Genoa and the Moon) and “Noi Due” (The Two of Us).versario dell’Esercito Italiano. 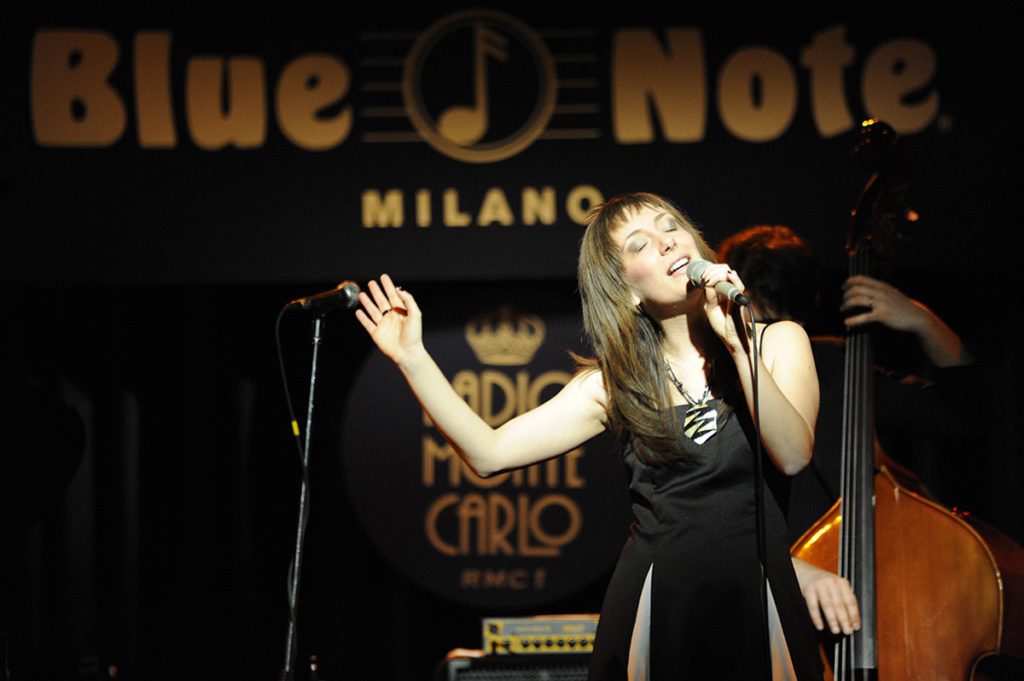 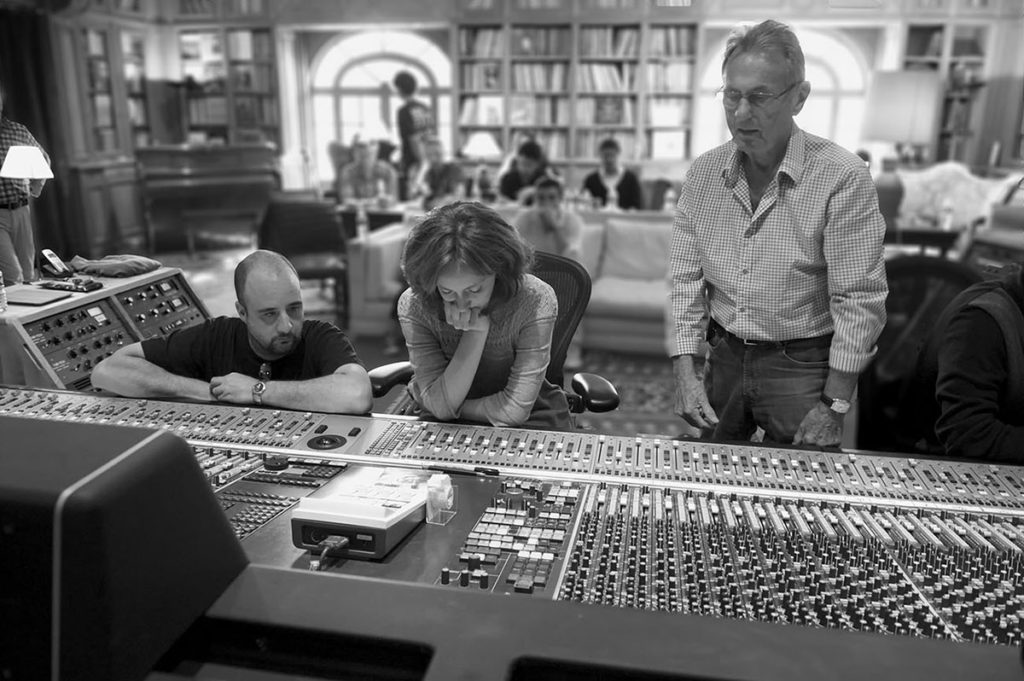 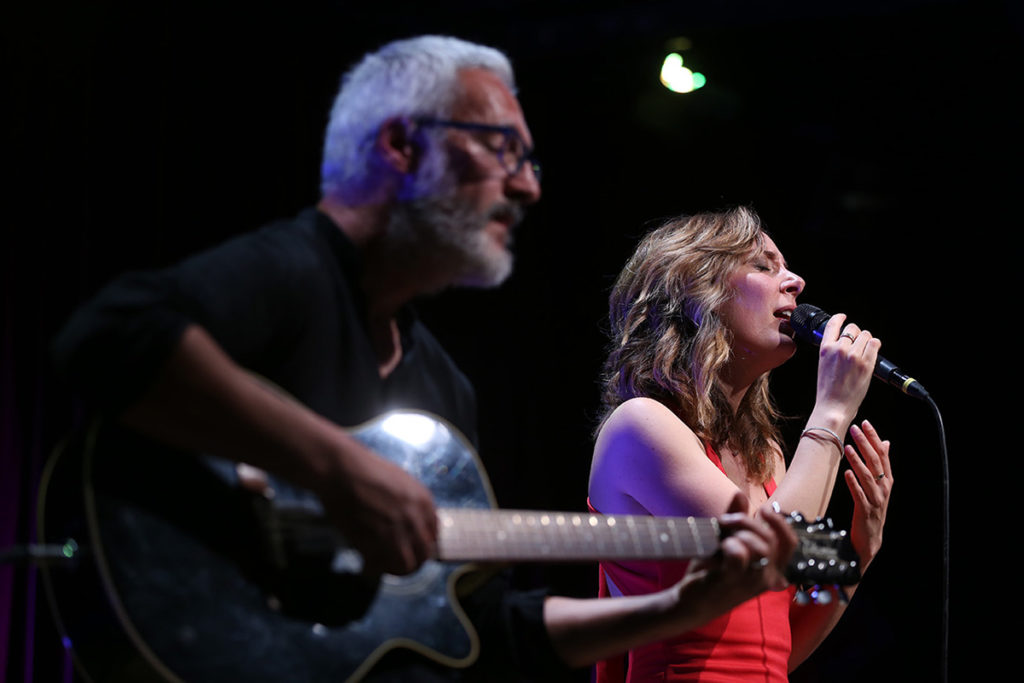 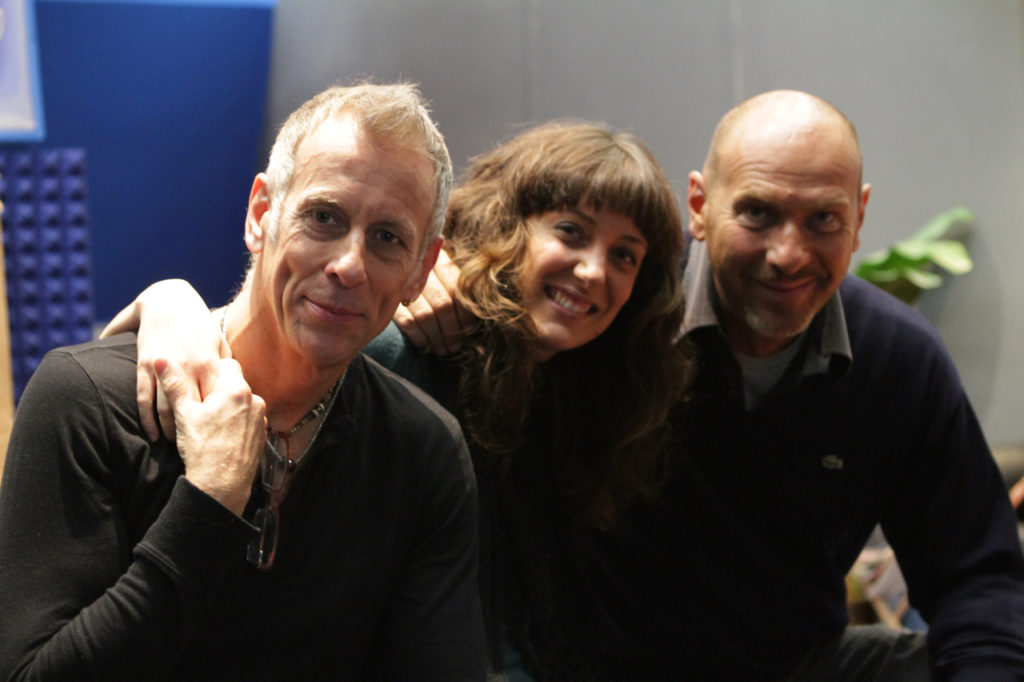 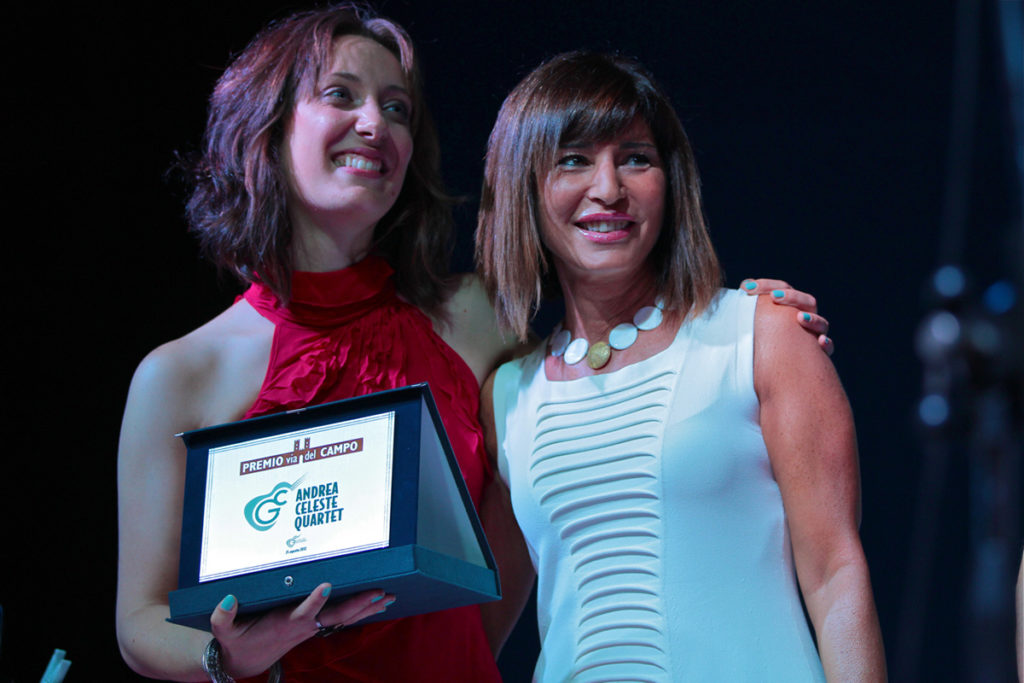 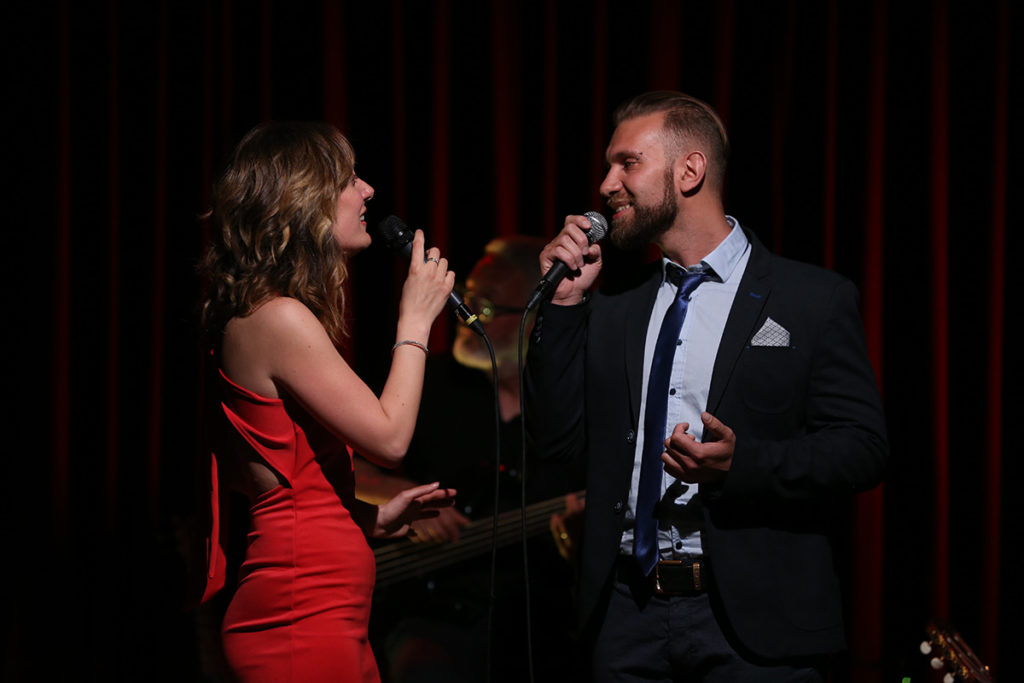 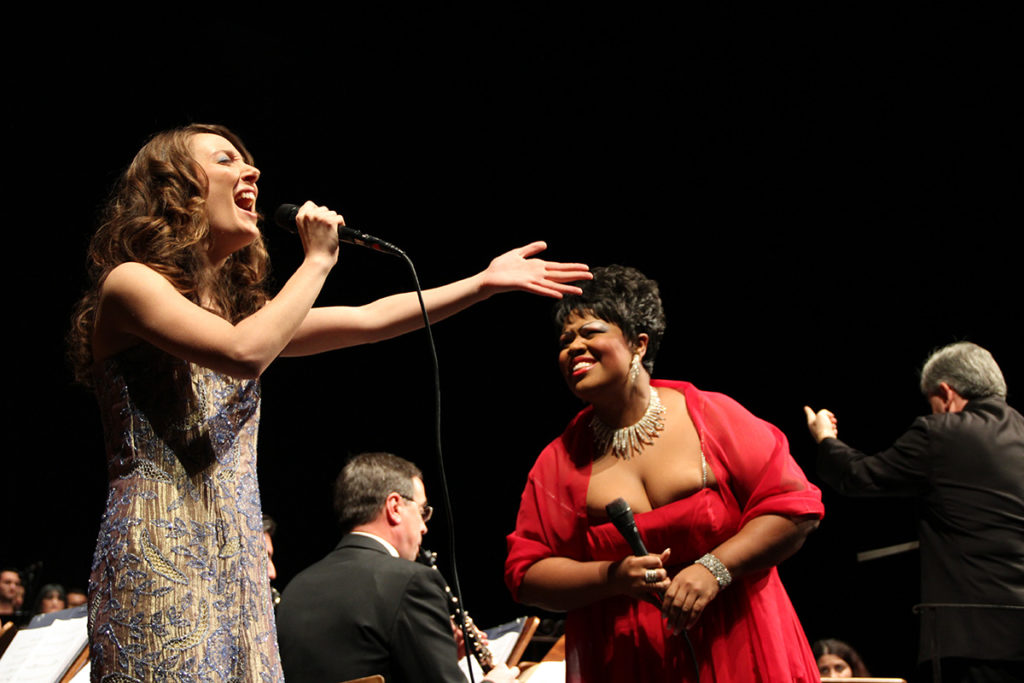 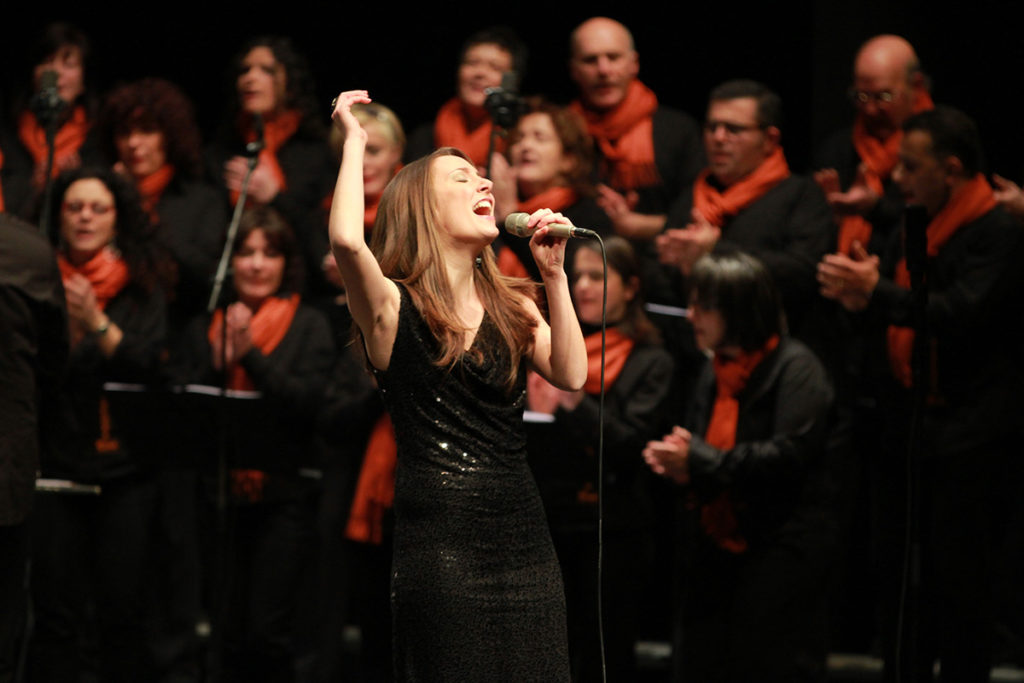 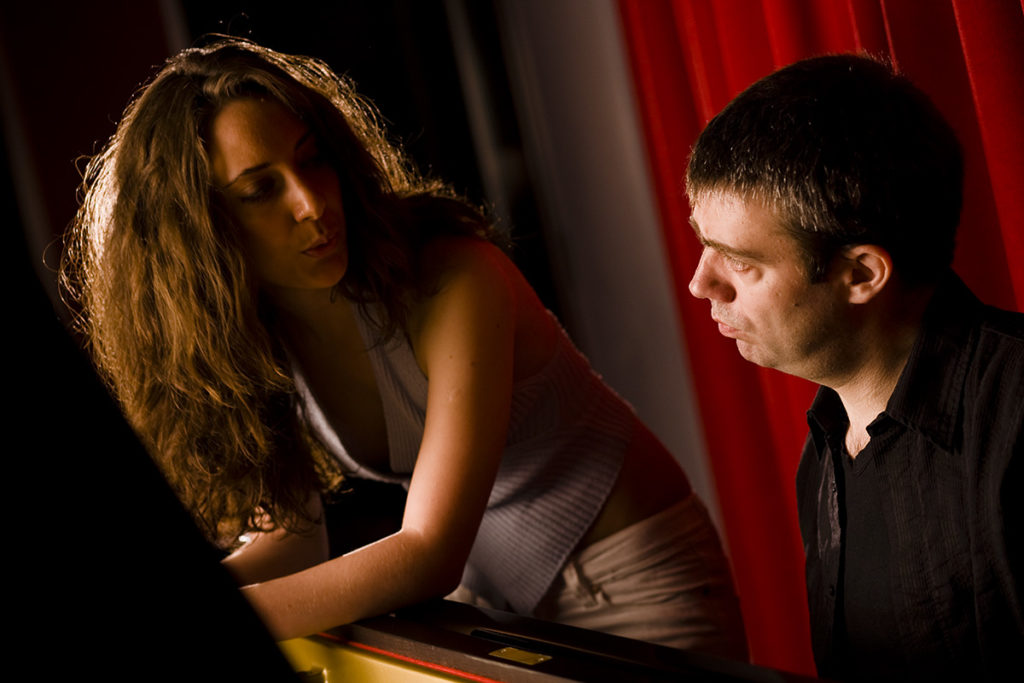 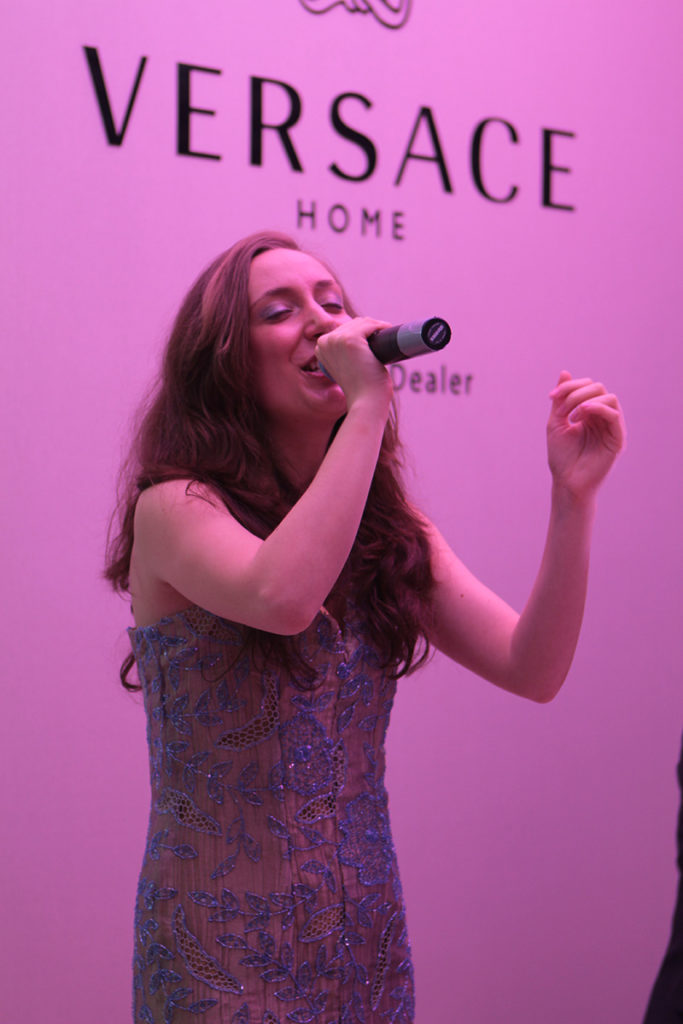